Men of the Church, Assorted Tycoons, a TV Star, and a Scoundrel
What speakers have California Catholic colleges and universities invited this spring?

Pope Benedict says he was surprised to be chosen
Recalls he was once an 'ingenuous, small town boy'

Senator Boxer: Sotomayor will support Roe v. Wade
'I feel as comfortable as I could possibly feel'

Conn. diocese files federal lawsuit against state
For seeking to have the Church register as a lobbyist 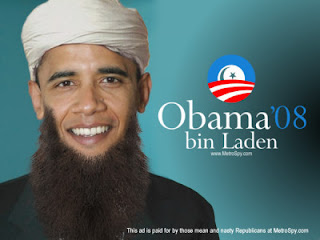 Obama blocks sale of 6 AH-64D helicopters to Israel - approves 12 to Egypt
WASHINGTON - The Obama administration has blocked Israel's request for advanced U.S.-origin attack helicopters. Government sources said the administration has held up Israel's request for the AH-64D Apache Longbow attack helicopter. The sources said the request was undergoing an interagency review to determine whether additional Longbow helicopters would threaten Palestinian civilians in the Gaza Strip....
[What a muslim pansy...he is a domestic terrorist and a narcissistic madman...]

An Interview with Harry Markopolis (Audio)
[For those who not know, Harry tried for almost a decade to get the Feds and the SEC to investigate and stop Bernie Madoff and his $50Billion Ponzi scheme, but corruption and malfeasance allow the theft to continue. Thieves, criminals, liars and murderers now run the country.]

Treasurys Plunge as Investors warm to taking on More Risk
Treasury prices dropped Monday, pushing 10-year yields up the most in more than eight months, as U.S. stocks traded sharply higher amid increasing investor confidence that the worst of the financial and economic crisis is over...

Chinese Students Laugh At Tim Geithner
Poor Tim Geithner. He already comes off as kind of nervous and insecure when talking in public...Speaking at Peking University, Mr Geithner said: "Chinese assets are very safe." The comment provoked loud laughter from the audience of students.
[No news here, he is, after all, a member of Chairman MaObama Stooges Patrol.]

AIR FRANCE Jet Disappears on Flight From Brazil to Paris
An Air France passenger jet traveling from Rio de Janeiro to Paris disappeared and was presumed to have crashed after its electrical systems malfunctioned during a storm with heavy turbulence on Sunday evening.

Morally bankrupt Attorney general directs U.S. marshals to protect abortion clinics, providers
U.S. Attorney General Eric Holder dispatched the U.S. Marshals Service to protect “appropriate people and facilities around the nation” in the wake of the killing Sunday morning of late-term abortion provider Dr. George Tiller in Wichita, Kan...
[Who, we ask, will protect the innocent unborn babies?...Certainly not the reprobates and accomplices of infanticide in DC! And lest anyone forget, Holder will NOT offer federal marshal protection to polling places likely to be threatened by armed Black Panthers! - Incompetent libtard!]

The 31-Year-Old in Charge of Dismantling G.M.
It is not every 31-year-old who, in a first government job, finds himself dismantling General Motors and rewriting the rules of American capitalism. But that, in short, is the job description for Brian Deese, a not-quite graduate of Yale Law School who had never set foot in an automotive assembly plant until he took on his nearly unseen role in remaking the American automotive industry...
[The country is toast - this Obamabot super-lib fruitcake says that we must become the "Greenist Country on the Earth". The inmates are unning the asylum!]

Majority of Americans Oppose GM Bailout, Rasmussen Poll Says
Two-thirds of Americans oppose a plan that would give automaker General Motors Corp. at least $50 billion in funding and the U.S. government a majority stake in the company, a Rasmussen poll found...

[Turbo Tax Timmy] Geithner says US wants closer ties with China
U.S. Treasury Secretary Timothy Geithner says he wants to develop the same kind of close working relationship with China that the U.S. long has enjoyed with major European economic powers...
[He begging China to be a slave master, after he negotiates the transfer of more nat'l security secrets]