New Mass Translation Given Rome's Approval
The Congregation for Divine Worship and the Sacraments is to issue its formal approval of the new English translation of the complete Roman Missal later today. The recognitio comes after nearly ten years of study and sometimes difficult consultation over the new translation of prayers for the Mass. Today’s development will therefore mark a key step, although when the new Missal will be made available in parishes remains unclear....

Big problems in Europe
While Catholic global presence is increasing, Vatican study finds decline in the West
The Vatican Publishing House today released a report on the Catholic Church's global presence, showing an increase in the Catholic population in 2008. Although the number of Catholics has risen globally, the study recorded a constant decline in priests, seminarians and non-ordained religious within Europe.

Evangelists claim Noah's Ark found
Mount Ararat explorers: 'We think...that this is it' 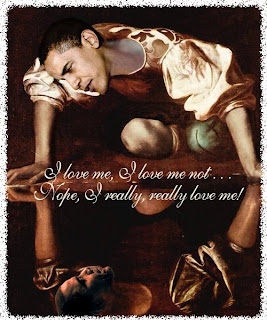 [Chairman] Obama to Force Taxpayers to Fund More Embryonic Stem Cells
The Obama administration announced that American taxpayers will be forced to fund more research involving embryonic stem cells obtained by destroying human life. The National Institutes of Health announced today that four additional lines will be funded. Those are above and beyond the lines the Obama administration funded previously...
[Besides being a lying, race baiting narcissist with a mental disorder, Obama is a death peddler as well]

Kenya Government Won't Change Pro-Abortion Draft Constitution Before Vote
The Kenya government will not make any further changes to the proposed Constitution citizens will vote on this summer that overturns the nation's ban on abortions. The Kenya Cabinet met on Tuesday and, afterwards, said politicians and church leaders opposed to the constitution will have to live with the document...
[This from Barry's home country]

Above the Law!
Obama administration defies congressional subpoena on Fort Hood documents
The Obama administration said Tuesday it would provide more information to Congress about the Fort Hood shootings but continued to defy a subpoena request for witness statements and other documents....
[Obama must protect radical, fanatical, Mohammedans]