Catholic essayists spar on support for Obama (CWNews.com)
Two lay Catholics offer radically different perspectives on the appeal of the Obama presidential candidacy in essays published in leading weekly news magazines. In Time, Amy Sullivan points to Obama's appearance at the Al Smith dinner as "just one sign that this may be the Democrats' best year for Catholic support in decades." Conceding that the abortion issue causes problems for the Obama campaign in its efforts to attract Catholics, she suggested that " American Catholics are going through a revival of the arguments that took place in the 1980s between bishops who believed abortion ought to be the top political and moral focus of the church and the camp led by the late Cardinal Joseph Bernardin that argued for a more 'consistent ethic of life.'" In Newsweek, papal biographer George Weigel counters that some Catholic intellectuals are deluding themselves if they think that Obama's stand on abortion is neutral. "Do Professors Cafardi, Kaveny, and Kmiec imagine that they have a better grasp of Senator Obama's views on the life issues than, say, the National Reproductive Rights Action League [NARAL], or other pro-choice Obama supporters?" he asks rhetorically. Weigel concludes: "Is John McCain…a perfect pro-life candidate? Of course not. But Barack Obama is a perfect pro-life nightmare." . . .

Pro-Life Leader: Election Could Undo Every Victory on Abortion in 35 Years
Washington, DC (LifeNews.com) -- One of the top pro-life leaders in the country says every victory the pro-life movement has accomplished on the issue of abortion could be undone depending on the results of the election. With pro-abortion Barack Obama and John McCain, who opposes abortion, the fate of abortion may be sealed for decades. 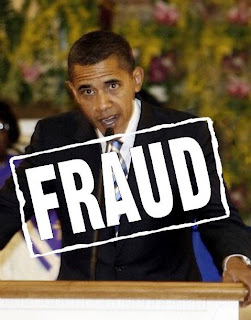 "Catholic?" groups launches pro-Obama web site
DALLAS - Catholics [Heretics] for Obama has just launched a web site as the Nov. 4 White House race between Democrat Barack Obama and Republican John McCain enters its final laps.
[These so-called "Catholics" are spreading heresies about what the Church teaches. They are even so bold as to ask & answer the question, "Is Obama Really Pro-Life?" This is the same Obama, the pro-death candidate, who advocated denying health care to babies born alive after botched abortions - anyone who believes he's pro-life is suffering from severe intellectual and cognitive problems.]

Vulgar mockery of Christians: Is this what we want in a U.S. senator?
Al Franken finds Christ's crucifixion to be a barrel of laughs. For example, in his 1999 book, "Why Not Me?" he wrote about his discovery -- as a fictional former president -- of "the complete skeleton of Jesus Christ still nailed to the cross" during an archeological dig. At the Franken Presidential Library gift shop, visitors can buy "small pieces of Jesus' skeleton."

Mel Gibson's church worth $42 million
... for congregation of less than 100 Trad Catholics

Another Communist in Obama’s Orb
The mainstream press steadfastly refuses to delve into Barack Obama’s radicalism, his Leftist revolutionary collaboration with self-identified communists from Frank Marshall Davis to Bill Ayers.

Do you think this needs to go "viral'???
Why not send it to all your friends and family?


Breaking: AP presidential poll: All even in the homestretch
Thanks to Joe the Plumber and Joe the Gaffing Senator?

Marquis V Reed - WA Sec Of State Wants Proof Of Obama's US Citizenship?
A Washington State lawsuit has been filed demanding the WA Sec of State to VERIFY Obama's eligibility to serve before certifying him for the ballot.

Honolulu news conference today releases “secret truths” about Senator Barack Obama?
The presidential campaign is sure to be impacted; Is the release of these facts the real reason Obama has suspended his campaign and is heading home to Hawai’i?; Does Obama fear a “dying declaration” by his grandmother?
[Tinfoil Hat Alert?]

The Other Side: Fairness Doctrine would ‘force’ liberalism on audiences
The Fairness Doctrine was enacted by the Federal Communications Commission in 1949, long before the existence of the Internet, cable TV or satellite radio. It required FCC-licensed stations to “afford reasonable opportunity for the discussion of conflicting views of public importance.” While that might indeed sound “fair” on paper, the Fairness Doctrine was used by both Republican and Democratic administrations to harass critics on the radio and TV.

No Oil For America
So Democrats decided to allow the quarter-century ban on drilling for oil off the Atlantic and Pacific coasts to expire? That’s not the same as lifting the ban. Moreover, House Majority Leader Steny Hoyer (D-Md) is on record saying that, if the Democrats retain control of Congress, restoring the ban “will be a top priority for discussion next year.”
[Democrats for National Security and Working Americans? Sure they are...]

Ohio State Prof: Obama Denies Writing Dreams From My Father
Bruce Heiden, professor of Greek and Latin at The Ohio State University, makes the fascinating claim in his website "The Postliberal" that Barack Obama agrees with my assertion that he did not actually write his own memoir, Dreams From My Father. Heiden finds his evidence in the 1995 Introduction to the book.
[Some guy who just happens to live in the neighborhood wrote it?]

Ayers: Radical Loon When Obama Was ONLY 47
The media are acting as if they completely and fully vetted Obama during the Democratic primaries and that's why they are entitled to send teams of researchers into Alaska to analyze Sarah Palin's every expense report....

Obama’s American Socialism: Decades In The Making
Every Democrat needs to read this...

Myths about the Financial Crisis of 2008
Minneapolis Federal Reserve Paper: The financial press and policymakers have made four claims about the nature of the crisis - They Are False
[American Taxpayers hoodwinked again by liars and thieves?]

Obama To Be Countered on NATIONAL TV Airwaves
The Our Country Deserves Better Committee is pleased to announce that we've begun to purchase airtime on national cable television networks, and if we can raise enough funding we will expand our advertising to the major broadcast networks.

Obama's Education Idiocy
So, what was Barack Obama up to when he ran former Weather Underground bomber Bill Ayers' "education reform" foundation? Not much good - at least according to the guy in charge of Chicago's public schools while he was there

Canadian See What Many Americans Cannot
On Matters of October Surprises and Media Malpractice
The election cycle is producing some strange and troubling October surprises, and the media are absent on several significant stories. But what is no surprise is that the mainstream media are doing their best to ignore these stories when they are damaging to Democratic candidate Barack [Hussein] Obama, or dispose of them by using charges of racism, mean-spiritedness, or desperation, when in fact, they deserve―even demand close scrutiny...

Was B. Hussein Obama really baptized? No!
Read what the Sun-Times reporter has to say about Obama's "conversion" without any baptism. Being he was a Muslim when young he needs a baptism not a mere profession of faith and a self serving one in my opinion

Let's Recall that Black Liberation Theology is NOT Christianity {YouTube]

Obama's Mandate for Nationalized Same-Sex Marriage
In June, Obama sent a letter to the San Francisco-based Alice B. Toklas Lesbian Gay Bisexual Transgender Democratic Club. It was read at the club's June 29 meeting and reprinted in full in the July 2 edition of the San Francisco Chronicle under the headline "Obama opposes proposed ban on gay marriage"

Obama Would Weaken, Destroy American Defenses And Bring Challenges
First, Sen. Barack Obama admitted he's a socialist, in the now famous conversation with "Joe the Plumber." Now comes Sen. Joe Biden and declares to the world his running mate is so untested and unvetted he will be challenged by our enemies during the first six months of the administration

Obama Turns Blind Eye to Credit Card Donation Fraud
What do Bart Simpson, Family Guy, Daffy Duck, King Kong, O.J. Simpson and Raela Odinga have in common? All are celebrities; and with the exception of Odinga and O.J. Simpson, they also are fictional characters. And yet, all of them gave money earlier this month to the campaign of Barack Obama, without any apparent effort by the campaign to screen them out as suspect donors 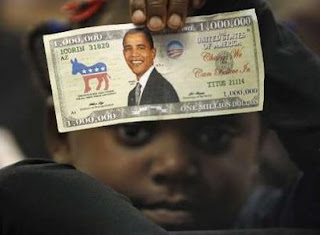 Associations matter
It is no deceit to examine Barack Obama’s past and present, in associating with radical activists and criminal elements. William Ayers is only the most obvious. It started with Frank Marshall Davis, a member of the USSR-funded Communist Party USA, when Obama was still in grade school. He went on, in high school and college, to study the work of black radical activists, such as Malcom X and Louis Farrakhan.