Commentary: Is Obama worth a Mass at Notre Dame?
University thumbs its 'collective nose' at the Church

Obama Watch: The destruction of Notre Dame
President's visit to campus will be 'a one-way street'

The Pope's worst enemies are Catholics
...or at least people who describe themselves as such
[and the penalty of excommunication remains on the shelf collecting dust...]

Krugman Predicts U.S. Will Have to ‘Seize’ Big Banks
Nobel laureate economist Paul Krugman said the U.S. will eventually have to “seize” big banks as the economic and financial crisis deepens.

Green advisor urges UK to cut population in half to 'build sustainable society'. 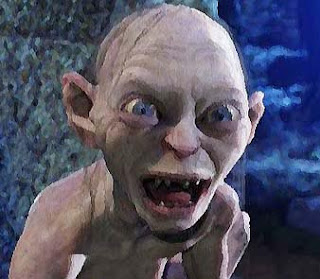 Geithner to Ask Congress for Broad Power to Seize Firms
The Obama administration will ask Congress to give the Treasury secretary unprecedented powers to initiate the seizure of non-bank financial companies, such as large insurers, investment firms and hedge funds, whose collapse would damage the broader economy...

["The Treasury secretary could act only after consulting with the president and getting a recommendation from two-thirds of the Federal Reserve Board, according to the plan."

There it is in black and white, a private banking cartel has decided to seize full control of the US. How about Oil companies, 401k plans, anything these thieves want??? Thinks it's tinfoil? That's become the new reality, I'm afraid...]

Geithner's Galling (and Dangerous) Plan For Bank Toxic Assets
The long awaited details of Geithner's "plan" for dealing with bad bank assets is finally out. Githener's plan is disingenuous at best. If people want to be outraged at something, it should be over Geithner's plan....The government (taxpayer) is taking 93% of the risk. In my opinion that makes claims of "sharing the risk" a blatant lie.
[Should we expect anything BUT LIES from the most corrupt, cheating, lying group of thugs ever assembled?]

Offshore Oil Drilling Ban Will Be Restored By Any Means Necessary, Even Civil War says Dem [Socialist] Congressman [Congressmoron]
The ban on offshore oil drilling that expired last September will be restored by “any means necessary,” Rep. Jay Inslee (D-Wash.), who serves on both the House Committee on Natural Resources and the House Committee on Energy and Commerce, told CNSNews.com on Friday....
[Some think that if these oligarchs keep this statist tyrany up "We The People" will remove them by any means necessary...]

Obama volunteers: "We're not looking for a fight. That will come later, when we have an army." 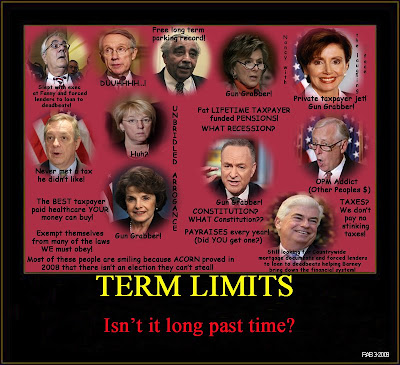